skip to main | skip to sidebar

Can a Smoker Serve As A Witness? 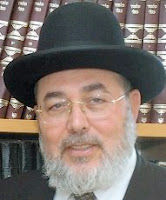 (See below for other considerations of this ruling, including applications to agunot)

After ruling that smoking is against Halacha, as many other poskim have done, he proceeds to take it one step further and bans a smoker from serving as a witness (Techumin Journal #33).

Rav Abergel’s  road to this conclusion is pretty straightforward.

He starts with the obligation to protect our well being.

He then moves on to the disqualification of a wilful sinner from being a witness.

Read more »
Posted by Barry Gelman at 6:54 AM No comments: 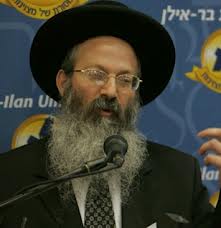 Rabbi Eliezer Melamed is the founder of Yeshivat Har Bracha and Rabbi of the Har Bracha community. He is the author of the popular Pininei Halacha series. He found himself at the center of a controversy when he told soldier to disobey orders that were in conflict with their religious beliefs. Under pressure, he eventually reversed his decision.

His books on Halacha are very popular due to their clear style they are written in and his willingness to rule leniently.

Here is one of the most interesting rulings.

Go here or the full discussion with footnotes.

Go here for an audio class I gave based on his ruling on this matter (he is not the first to allow this).


Posted by Barry Gelman at 4:15 AM No comments:

This is a great Teshuva.

In this Teshuva Rav Chaim David HaLevi offers advice on how a shul should deal with the existence of members who come from varied backgrounds and therefore have different liturgical customs. Rav HaLevi offers some interesting approaches as well a a fascinating ruling on wether or not Jews who only come to shul occasionally have the same rights as those who attend frequently.

But that is not why I love this teshuva. I love this tsshuva because at the end (see highlighted lines), Rav Halevi says that even though the group of regular attendees is correct in their demand to keep the liturgy as is, it should be changed for the Yamim Noraim (high holidays).
Apparently, the group that only attended periodically threatened to not come at all (even on RH and YK) unless the liturgy was changed to reflect their custom. In the interests of making sure those Jews remained connected to the shul, Rav HaLevi recommends a temporary change of custom!

Such an approach illustrates appropriate  use of what has become known as meta-halachik concerns. All the halachik evidence is in favor of the main group, but, nonetheless, Rav HaLevi recognizes that there is a larger issue and is willing to adopt a bi-dieved (non optimal) position (praying with liturgy that is not one's custom) in favor of maintaing the connection of the the marginally committed.

Posted by Barry Gelman at 9:25 AM No comments:

Conversion In Israel and In The Diaspora

Over the years there have been a few poskim who see the establishment of The State of Israel and subsequent Zionist achievements as a "game changer" in terms of how we understand halacha - at least on some level.

Rav Chaim David Halevi comes to mind in terms of his Piskei Halacha related to saying Nachem in 9 Av after the Six Day War and on the Halachot of redeeming Israeli soldiers held in captivity.

Rav Unterman's Psak related to Police work on Shabbat in The State of Israel is another example.

More on all of these at another time.

For now, I want to call your attention to an amazing psak from Rabbi Shlomo Goren.

Follow this link to learn how the Establishment of the State of Israel
on how Israel changes the notion of Kabbalat HaMitzvot. I have also included a few pages from a wonderful new book by David Ellenson and Daniel Gordis (I highly Recommend it) called Pledges of Allegiance: Conversion, Law, and Policymaking in Nineteenth - Twentieth -Century Orthodox Responsa.

Seeing Halacha this way is one of the clearest ways to show that Halacha is a living entity and that it can respond to changing historical circumstances.
Posted by Barry Gelman at 9:22 PM 8 comments:

Get A Haircut on Wednesday - Teshuvot For Yom Ha'atzmaut 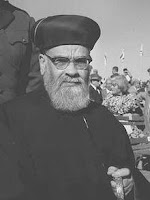 A collection of Teshuvot from various poskim (Rav Yitzchak Nissim - see footnote 12, Rav Shlomo Goren, Rav Shlomo Aviner and Kolle Eretz Hemdah) all in favor of shaving and haircutting in honor of Yom Ha'aztmaut even though it falls out in the middle of Mourning persiod of Sefirat HaOmer.

The letter from Rav Goren is particularly interesting as it mentions the shaving issue in connection with larger discussion of how a mourner should behave with regards to Yom Ha'atzmaut. It also deals with the issue of what do do in the diaspora when Yom Ha'atzmaut is celebrated earlier becasue 5 Iyar falls on Shabbat or Friday. I think that most America communities do not follow Rav Goren on this one. Rabbi Moshe Shmuel Glasner believed in a progressive development of Jewish law. His appracoh is explained in his introduction to his work on Massechet Chulin and is offerd here in translation by Rabbi Yaakov Ellman.

Click here for more infomration on and works by Rabbi Glasner.
Posted by Barry Gelman at 7:44 AM No comments:

Here is a link to a post I wrote for the Morethodoxy blog on the need for a new code of Jewish Law. This post generated many comments. You can view them here.
Posted by Barry Gelman at 8:19 PM No comments: